Bring to a simmer, cover with a cartouche (circle of baking paper) to help keep the fruit below the surface of the liquid. Simmer gently for 10-15 minutes or until pears can easily be pierced with a knife.

Remove pears from liquid. Return liquid to the boil and cook until a light syrup forms. Serve pears topped with syrup and vanilla ice cream. 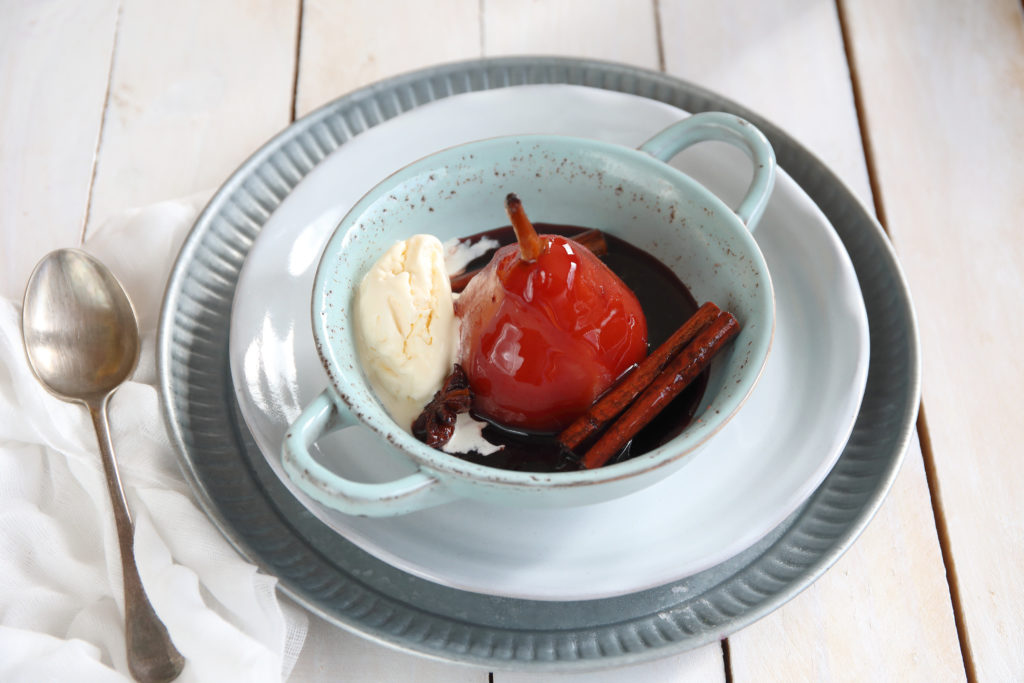