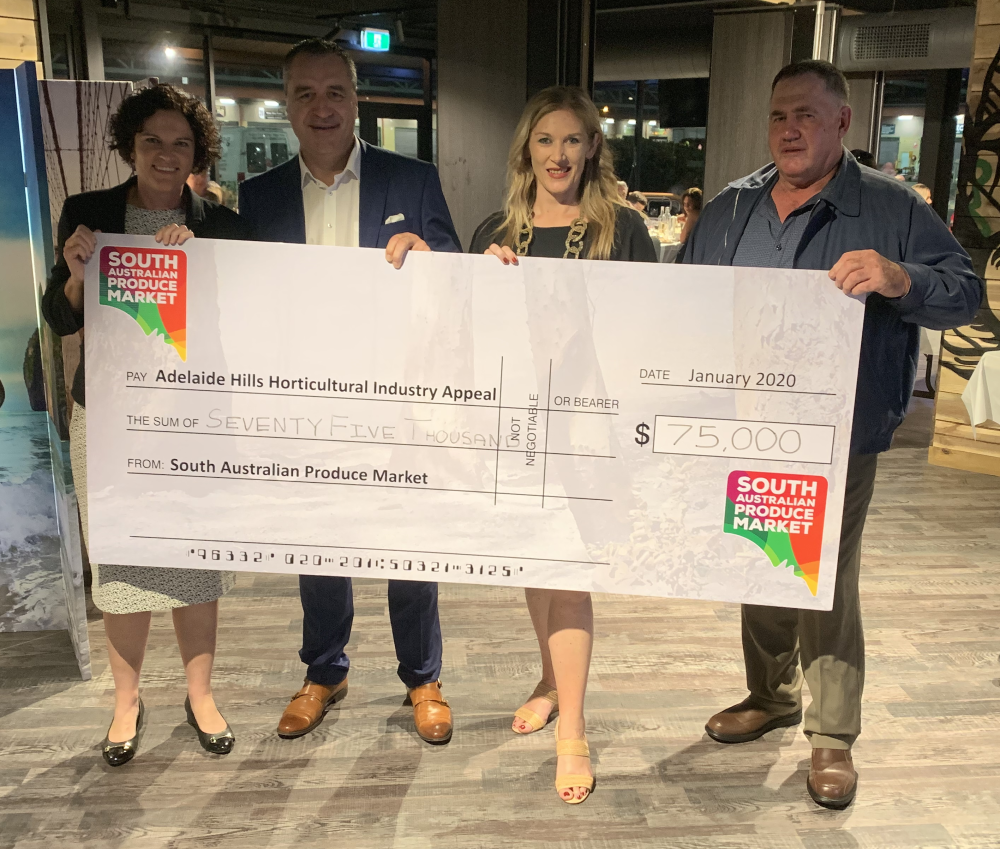 In the wake of the devastating fires, Pick a Local Pick SA! raised $75,000 for the Adelaide Hills fire affected growers and is now calling on applications for the funding

Administered through the Apple and Pear Association, all funds raised will be distributed directly to growers to assist in the reestablishment of orchards following the devastation of some 30 hectares of fire damaged horticultural land.

The Association has identified six apple, pear and cherry growers in the Adelaide Hills region that have fire damaged crops and is putting out a final call to any other horticultural producers impacted by the Cudlee Creek fire that would like to be considered for the funding.

Pick a Local Pick SA! Campaign Manager Penny Reidy said, “The community has rallied together to raise funds for the Adelaide Hills Horticultural Industry and we are looking forward to making sure the funds go directly to where they were intended – and watching their recovery.”

Funds raised through the appeal were as a result of in-store coin collections at some 100 Pick a Local Pick SA retailers, online donations collected through charity partner Foodbank SA as well as major donations from the SA Produce Market, Radio Italiana, Romeo’s Supermarkets, Drakes Supermarkets and an end of campaign fundraising dinner dubbed Produce to Platter held at the SA Produce Market.

“The Adelaide Hills new season apples and pears will be coming into full supply in coming weeks – consumers should be looking for the produce in their local Pick a Local Pick SA! retailer to provide continued support to the industry.” Ms Reidy said.

Susie Green, Apple and Pear Association CEO, said that to date six affected growers had been identified as recipients for the appeal funding.

“With re-establishing costs likely to be in the region of some $300,000 per hectare, we encourage any commercial producer that suffered damage to horticultural crops in the Cudlee Creek fires to connect with us to ensure they are considered for the funding.”

Potential funding recipients should contact Susie Green directly by February 29, 2020, in order to be considered.

South Australians are encouraged to look for a local retailer displaying the Pick a Local Pick SA! sign to know they are providing support to South Australian growers, wholesalers and retailers.