Day in the life of a Cherry King 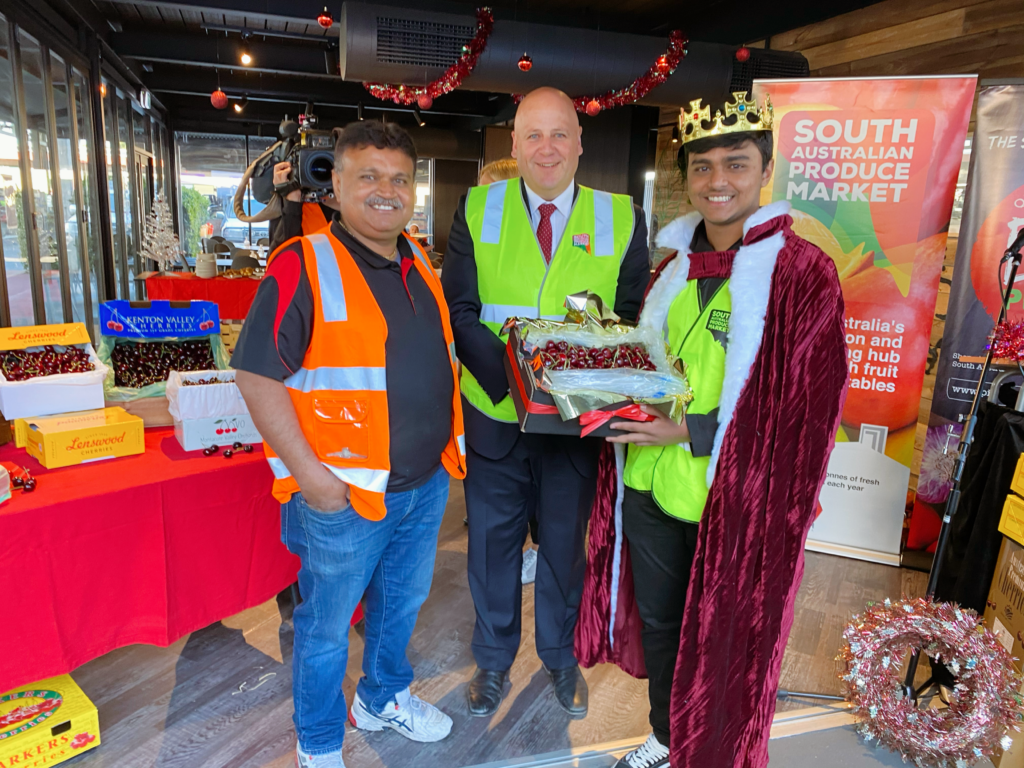 You may have heard of a Cherry Auction – with the highest bidder being crowned the Cherry King.  But what does it mean to be Cherry King?  We thought we would show you a day in the life of South Australia’s 2020 Cherry King – Anshu Patel of Fruit Lovers Market and Fulham Fresh.

In 2020 the SA Cherry Season was marked with an event at the South Australian Produce Market where Minister David Basham officially launched the season and an auction was held for a 5kg box of Premium South Australian cherries. 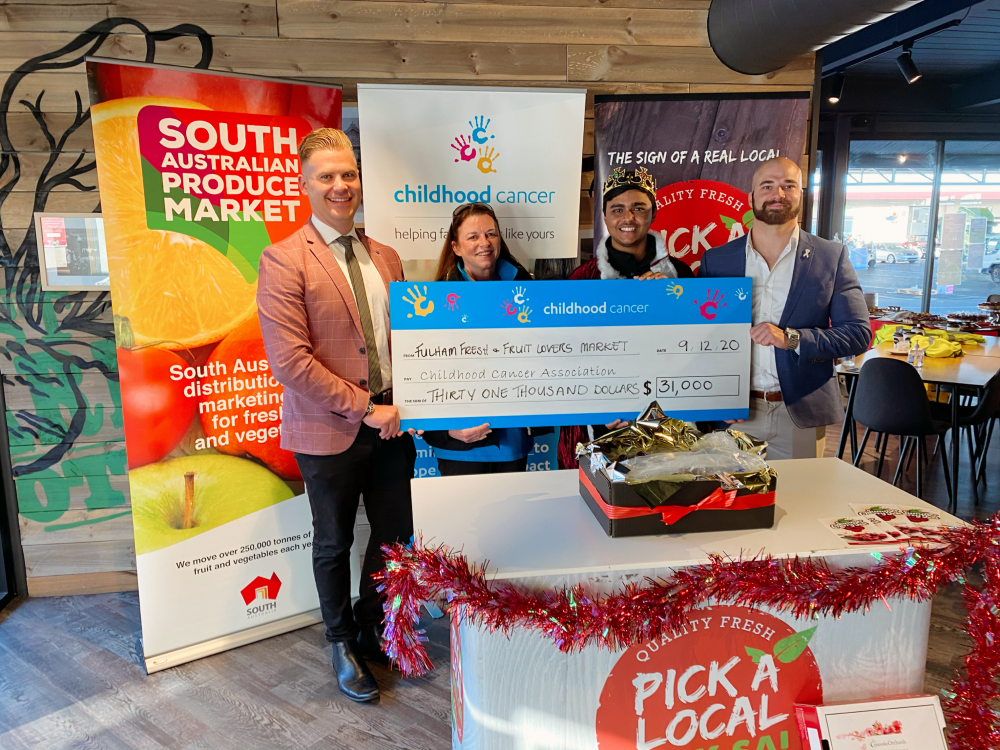 All proceeds in 2020 were donated directly to the Childhood Cancer Association who were delighted to be a part of the day.

The day started at 6:30am when the official ceremony commenced and when the gavel went down with an exclamation of “Sold” by auctioneer David Renfrey  – the day of the 2020 Cherry King kicked off.

Anshu Patel was cloaked and crowned by Minister Basham and the paparazzi began! Photographers from all angles captured the moment and streamed the event live to the SA Produce Market Facebook Page.

By 8am Anshu was wired up and in front of the camera to appear on National morning television show Studio 10 alongside MasterChef and Pick a Local, Pick SA! brand Ambassador Callum Hann. Callum created Australia’s most expensive cherry trifle using cherries from the winning box to top his Basil, Coconut and Cherry dish and Anshu represented his family business and talked about what it meant to him to be 2020 Cherry King. 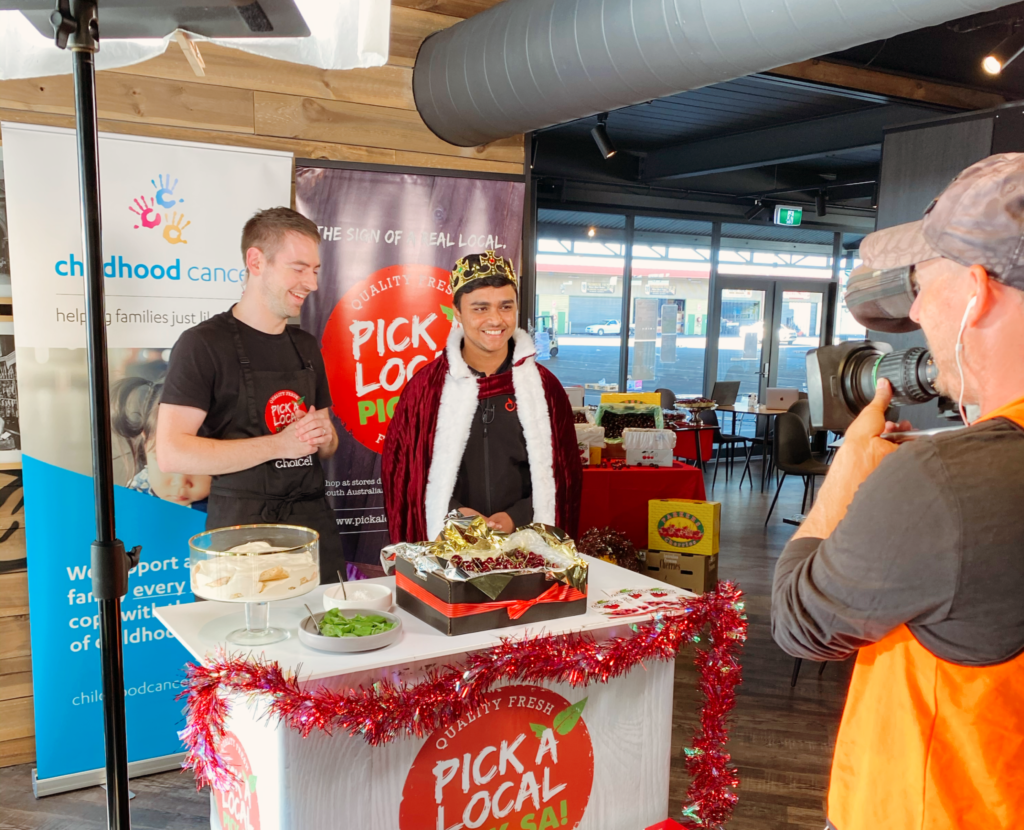 The Advertiser then sent a photographer by 9am to capture the 2020 Cherry King and a photoshoot took place at the SA Produce Market. 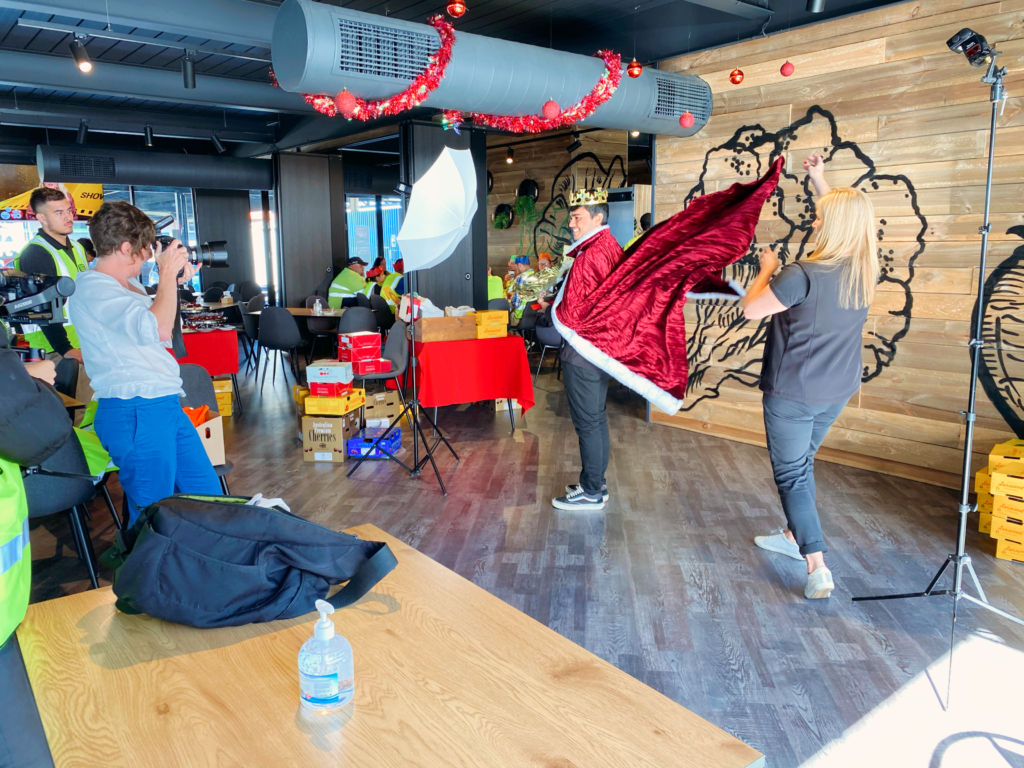 A short break followed before Anshu headed to the studio of radio station Radio Italiana 531 am where he participated in a live to air show which was also live streamed to Pick a Local, Pick SA! facebook page. 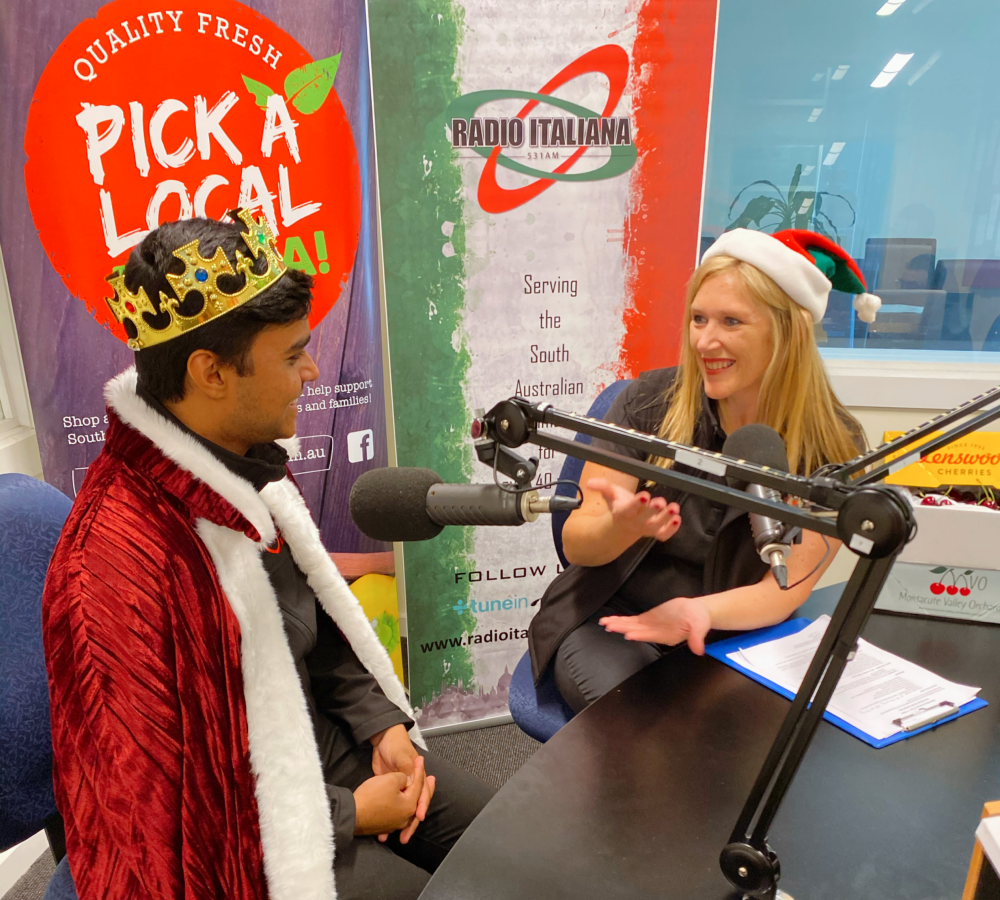 At midday Anshu was dropped back at his store to get on with the day while the story of the 2020 Cherry King continued to spread. 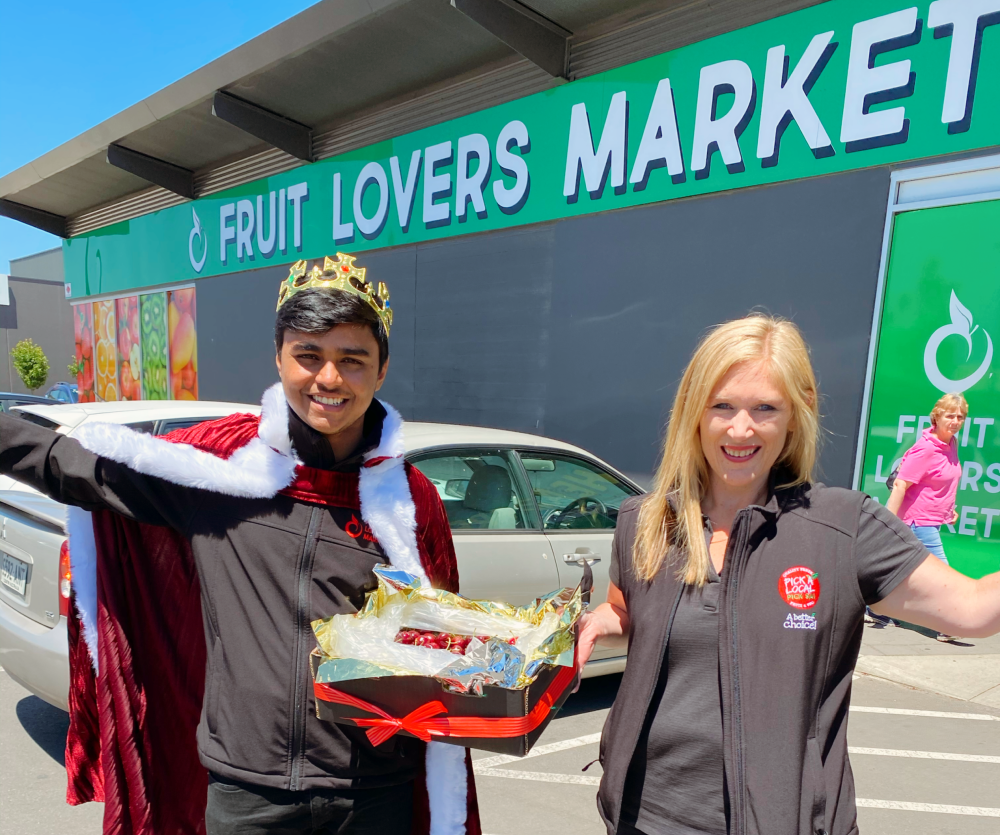 At 6:20pm Channel Nine News reporter Jessica Braithwaite featured a story on the launch of the season and the Cherry Auction with footage from the morning’s events accompanying her story.

The Advertiser also included the story in their newsletter which is distributed to thousands of subscribers. 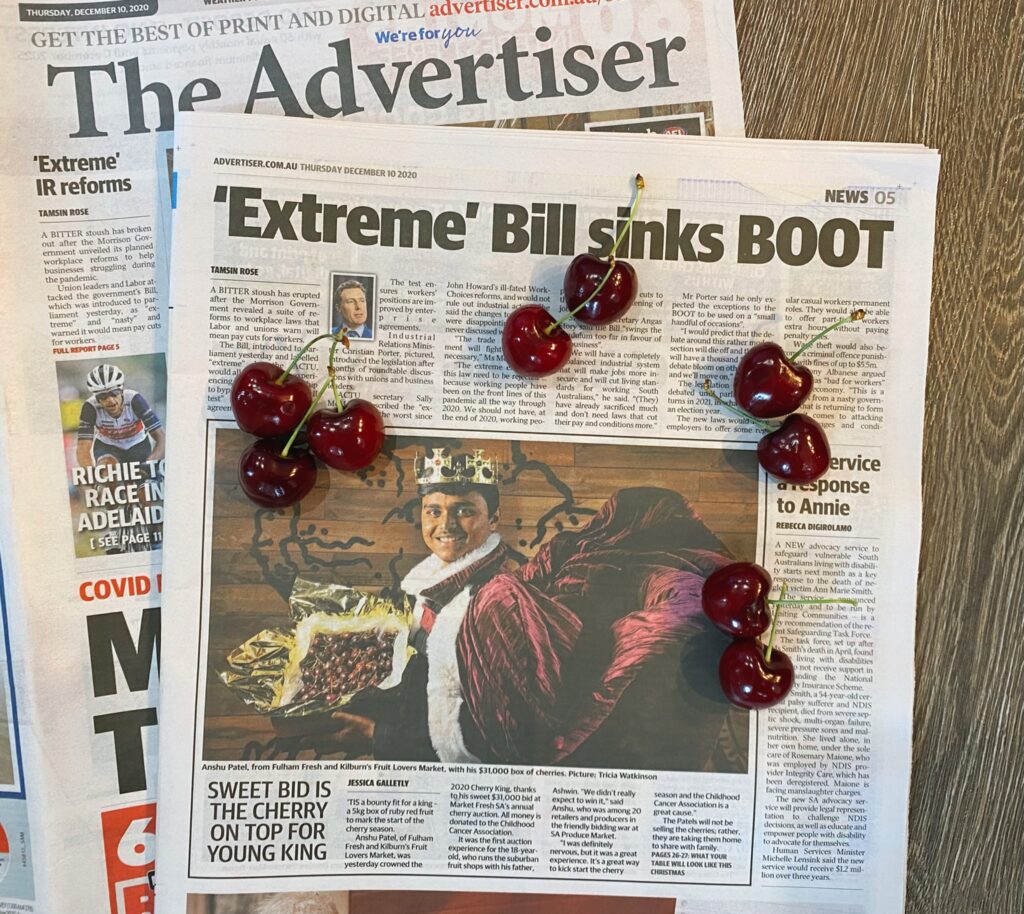