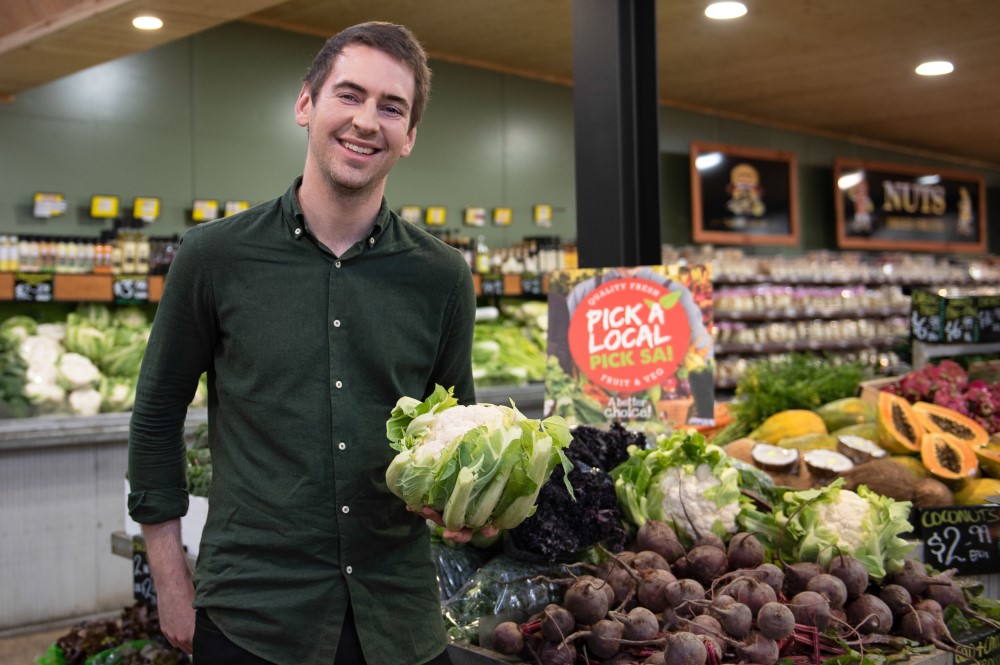 Fresh from the MasterChef kitchen, Callum Hann is thrilled to be back in his hometown celebrating a milestone of a different kind.

Whilst a lot has changed in the past decade since Australia was first introduced to the then 20-year-old culinary prodigy, Callum’s commitment to supporting SA produce has never waived.

The new dad is proud to be celebrating his ninth year as brand ambassador of Pick a Local, Pick SA!!

“Produce is something that drives all of my recipes, and when you’re getting produce that is grown here it’s going to be at a good price, super fresh, super delicious and you’re not only supporting local growers but also local independent retailers,” said Callum Hann.

The thirty-one-year-old who started Sprout Cooking School in 2011, said he’s passionate about not only teaching people how to cook, but where they should be getting their produce from.

“ We’ve got such a diverse State, we grow a huge variety of produce that many consumers are not aware can be sourced from a local grower.”

“I really want to inspire locals to rediscover the incredible food that’s on offer right on their doorstep and get them thinking about cooking recipes that feature fruit and veg that is in season.

“At the moment it’s now more important than ever before to be supporting local growers and local fruit and vegetable stores,” said Callum.

The local chef will be sharing his tips on how to incorporate seasonal SA produce into your meals and how to support local growers and retailers, on Pick A Local, Pick SA!’s social channels.

Penny Reidy, Pick a Local, Pick SA! Campaign Manager, said she was excited to continue the relationship with Callum. “Callum is such a great brand ambassador for Pick a Local, Pick SA! as he represents everything we advocate for in highlighting the amazing produce grown and sold right here in South Australia.”

“I look forward to working with him as we continue to showcase South Australian produce from paddock through to plate and highlight the importance of supporting local.”